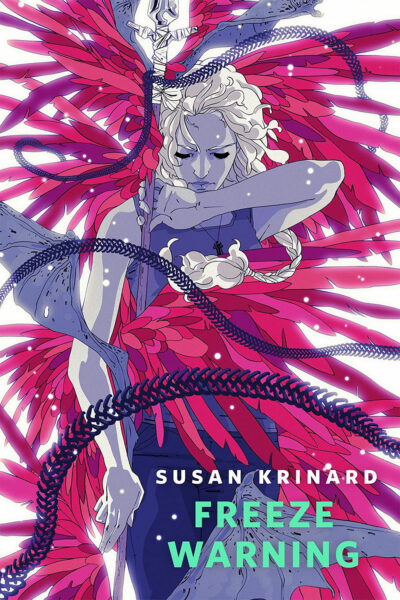 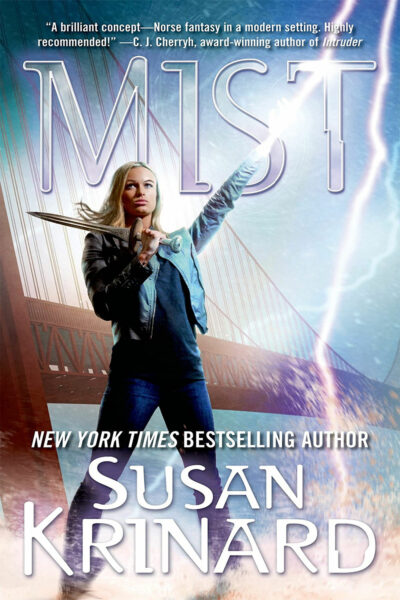 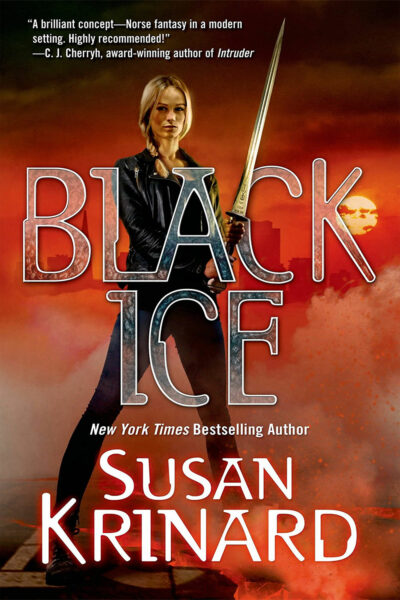 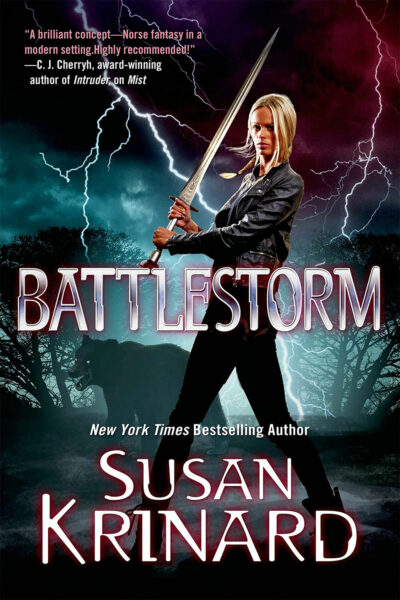 About MIST — Available from Tor Books

Mist is a Valkyrie, one of the ancient Norse “Choosers of the Slain,” guardian of one of the Aesir’s great Treasures—Odin’s Gungnir, the spear that can never miss its mark. But in modern-day San Francisco, she’s an apparently “normal” woman who happens to make swords for a living and has a “normal” boyfriend who happens to be almost as good at sword fighting as she is.

But the Treasures Mist and her sister Valkyrie have sworn to protect lie unused and nearly forgotten, their guardians scattered across earth—Midgard—awaiting a future that will never come. For they are among the few survivors of the Last Battle, Ragnarok, in which all the gods, their allies, and their enemies are said to have perished.

After centuries among mortals, Mist is about to set aside her duty to the long-vanished Aesir once and for all. But then a bizarrely harsh winter descends on San Francisco, and suddenly she finds herself fighting a frost giant, a Jotunn, in Golden Gate Park—a giant who, like all the gods’ enemies, should be dead.

But that isn’t the last of it. She seems to defeat the Jotunn, only to stumble across a seemingly homeless man … a man who’s actually an elf, and a messenger of the goddess, Freya. For it seems that the Aesir and their enemies still survive in the Great Void, Ginnungagap, in semi-corporeal realms where they await the chance to play out the true Last Battle on Midgard itself. Only Freya, through Dainn the elf, can contact and influence those who remain in Midgard.

Dainn makes clear that his purpose is to make sure the Treasures are safe from the frost giants, who plan to use them against the Aesir before they can make the journey to Midgard. But Mist is due for yet another shock: when she returns home for Gungnir, she finds that her boyfriend has vanished with the Spear, and that he was never a man at all. He is the gods’ great enemy, Loki Laufeyson, the trickster and shapeshifter who had seduced her in mortal form.

Now Mist and Dainn have to contact the other Valkyrie and gather the Treasures before Loki and his Jotunar can find them. But matters are seriously complicated by Freya’s interference and secret plans for Mist, who is so much more than she seems. And Dainn has problems of his own, a burden he has carried since he was deemed a traitor by the Aesir. Their relationship is fraught with suspicion and beset by obstacles from the beginning.

But they must work together to retrieve the Spear from Loki, who is eager to force both Mist and Dainn to do his will, and will use any means necessary to make sure they lose both their physical and psychological battles against him, each other, and themselves.

Only the appearance of unexpected allies—a pair of street kids with unexpected abilities, a most unusual biker club and two of Odin’s sons, who run a bar in the Tenderloin—gives them any hope of success. It’s a race against time to hold Loki’s forces at bay while Freya prepares to send her own allies to Midgard. And as each day passes, Mist learns more about her hidden powers, while Dainn must fight against his.

As the stakes rise, Mist struggles to define her identity—is she Valkyrie, goddess, or something else entirely? Can she take on the role destiny seems to have decreed for her? As she tries to deal with the hand she’s been dealt, Dainn faces a devastating revelation, caught between Mist and Loki. Mist recognizes that Freya knows far more than she’s ever let on. As Mist and her allies begin to gather the Treasures, unaware of the objects’ true purpose, Loki continues to bolster his earthly power with the help of the human underworld. The answers to the puzzles Mist and Dainn must face will nearly be more than they can comprehend, and the decisions they make will determine the fate of Midgard and all humanity.